Websites, Devaluations and The User Experience: 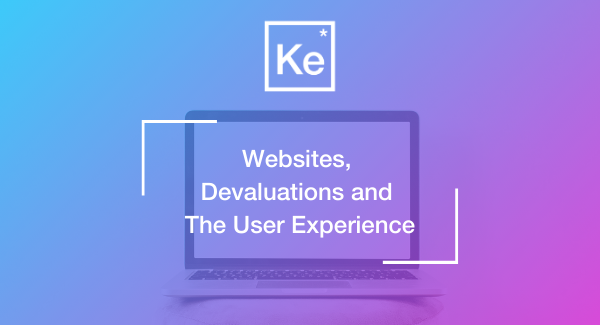 Search engine marketing and optimization isn’t something new. It has been around for almost three decades. So, what have we learned? What has changed in the SEM and SEO universe since the mid 90’s? We’ve learned that the user experience is the most important thing to search engines. Period.

We all know pop-ups are annoying. However, a couple of decades ago, it was a typical form of advertising via the world wide web. Most news sites, directories, and game sites were glad to host this type of advertising, mostly because the advertiser paid a pretty penny to the site owners. And they most likely still would, except Google’s algorithm has devalued sites with pop-ups. Nowadays pop-ups hurt your website’s ranking. Without Google’s new algorithm, how many websites would have actually made the change to a user-friendly web page instead of a profitable page? A few, of course, but that’s not the point. When Google makes a stance or demands a change for SEM or SEO, websites fall in line like soldiers. The reason is simple: No site wants to be left behind by a search engine. That’s basically a website’s worst fear. Being delisted or devalued is certain death for a site.

User Experiences and Expectations, Devaluation Threats, and how they changed websites forever:

A search engine like Google makes decisions on behalf of their users. The users are who search engine sites care about. Why do you ask? Without happy users, search engines would fall into the abyss (remember “Ask Jeeves”? yeah we don’t either…)

So it only makes sense that when a user’s experience is being hindered due to bad SEO or SEM tactics, search engines work to fix user interface and/or the user experience within their algorithms, if possible.

Search engines determined that their users were migrating away from desktops and using their phones more frequently. At that time, Google had developed a similar but different search engine just for mobile devices. Google asked websites (or told them they would punish with de-ranking via their mobile search if they didn’t) to convert to a mobile-friendly site by using their online mobile test module, and it worked. It was sweetly referred to as Mobilegeddon.. #thepurge2015

Again, search engines recognized a user problem. Load times on sites were becoming an issue. Especially on mobile. Users would get frustrated and just back out of the internet altogether. Search engines became the load time sheriffs and created an online module for website owners to test load times and compress images and other time-heavy content by offering a free compression tool. And they took preference, in a ranking sense, towards sites which had done their due diligence and cut load times to milliseconds.

So what have we learned kids? We’ve learned that bad SEM and SEO tactics would runneth over without search engines managing and taking control of their users’ experiences.

We get it, we hate it when updates to search algorithms happen…but remember, if we had the exact same algorithms that existed in 1995, it would look like the wild wild west out there in the Googleverse. Trust me, it would not be pleasant.

As search engines demanded greatness for their users, web designers, site developers and digital marketing managers began to understand it as well. It wasn’t a fight per say, but it wasn’t about what was “good” for the website owner either. It is about what was/is good for you, the person who is visiting.

These principals, demanded by good search engine companies, make us honest. They make us strive to create better user experiences for our websites. And one day, in a not so far away universe, when Google or Bing demands a change to make the user experience better, the majority of us will have already done it. Not for fear of devaluation, but because we understand the user experience is the most important thing now too because we in-turn as creators are users as well…